Wappinshaw 2013 was on the 1st of June at the Kelvin Hall Glasgow
The Glasgow Phoenix Wargames Club meets on Tuesday evenings between 1800-2200 at Partick Burgh Hall.
The first Tuesday of each month is a communal game and an ideal time to introduce yourself.

There will be no Glasgow Wappinshaw wargames show in 2014!

Why is this? A combination of reasons. Firstly, the show organising team has been badly impacted by life events this past few months. The main reason though is that Glasgow is hosting the Commonwealth Games this summer, and this has had a very significant impact on venues. Many are unavailable, others are out of our price-bracket this special year. As an example of this - council owned venues are block booked for the games, or are only available for hire on a condition that they might - at very short notice - be switched to games use. We would not want to be in a position where traders and clubs - who have given us excellent support - would have to be told just a few days in advance that the show wasn't happening. That would be especially unfair to traders* who could have had a day of trading elsewhere, or even a lie in for a change!

We hope you'll agree that Wappinshaw has come on significantly in the last three years. We hope to return in 2015 with further improvements in quality and quantity. In the meantime, we urge you to support the other shows in Scotland and the North of England, and we hope we'll do our best to support them as they have supported us. This blog will host galleries from these shows, and we'd expect to be represented there via a demonstration game.

Regards,
Euan, Michael [typing], Paul, Graham and the rest of the Phoenix Club of Glasgow.

* If you are a trader, you may well receive further communication from Euan.


Posted by Michael Harker at 23:05 No comments:

The Phoenix Glasgow wargames club [hosts of Wappinshaw] is moving. Our premises, run by the SPK association of Polish ex-servicemen was shut down without warning a couple of weeks ago!

From Tuesday the 19th of November at 1830, we will shift to a new venue at the Partick Burgh Hall.

We were bursting the seams at the Polish Club, but the silver lining of us being discommoded is that we now have a far larger space and can therefore recruit. We play all sorts of games, but the balance are historical toy soldier games.

Membership fees for the next 6 months are £50/£10. There would be no expectation that you would pay up until you'd had a few trial runs.

If you are interested then feel free to turn up. If a bit shy or unsure, don't hesitate to get in touch.
Posted by Michael Harker at 19:13 2 comments: 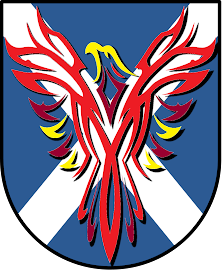